Mercury is used in a wide variety of products, yet is highly toxic. Here's what it's all about. 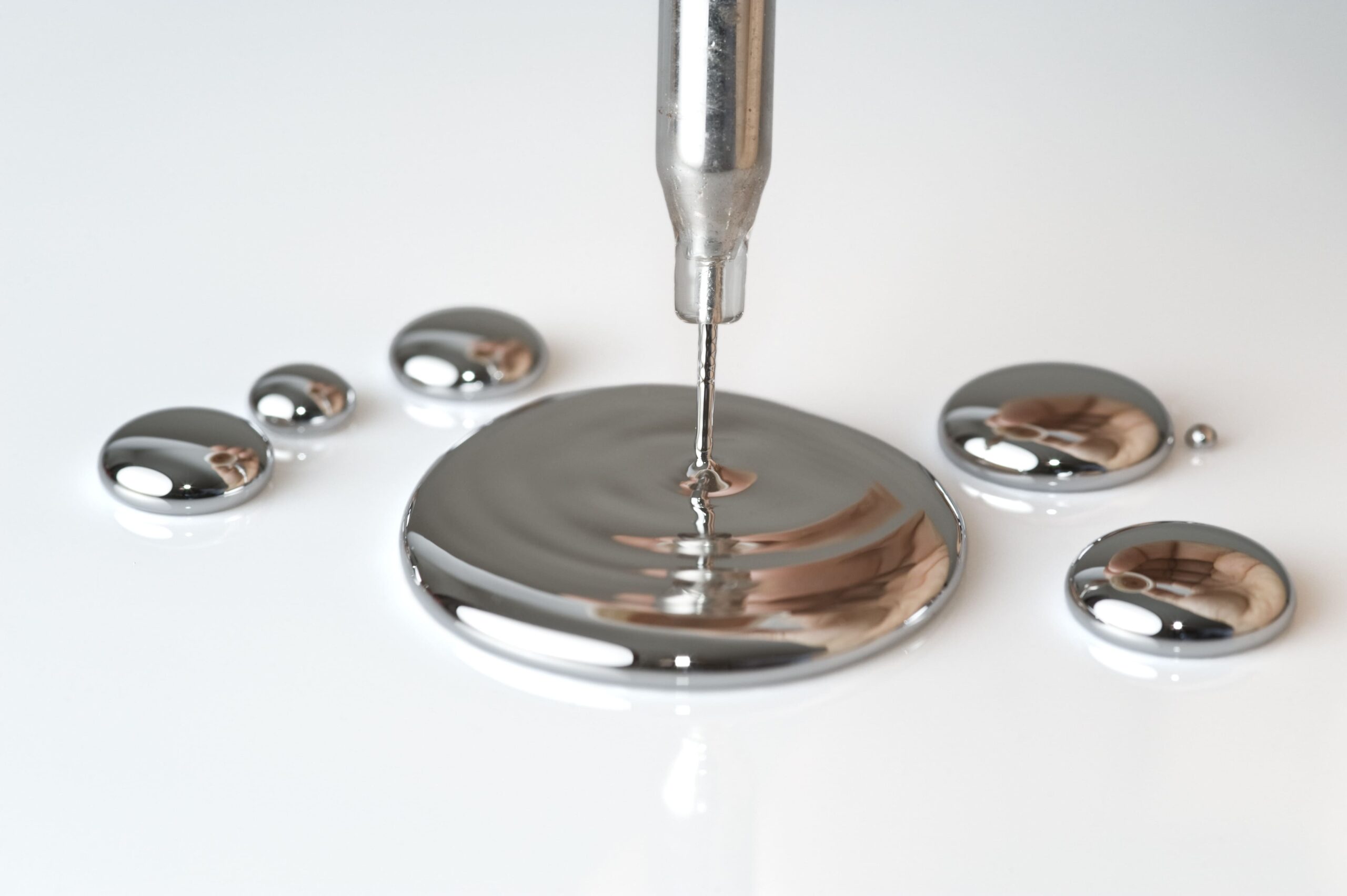 Home ⟶ Mercury Monitoring – Why Might I Need It?

Also known as ‘quicksilver’, Mercury takes its name from the Roman messenger god known for his speed and agility, analogous to the Ancient Greek Apollo. Interestingly, it is also associated with the planet of the same name, and the astrological symbol for said planet is also one of chief alchemical symbols for the metal: as a result, it’s the only metal for which the alchemical planetary name became the common name.

Aside from its intriguing etymology, mercury is blessed with equally fascinating properties. A chemical element (atomic number 80), it is the only metallic element which is liquid at the standard conditions for temperature and pressure, although caesium, gallium and rubidium also melt at just above room temperature. To the common observer, it appears as a shiny, silvery liquid, but is found most commonly through cinnabar (or cinnabarite), a bright scarlet form of mercury sulfide that is often found in areas with volcanic activity and hot springs.

Thanks to its curious set of attributes, mercury is used in a wide variety of mechanisms. These include thermometers, manometers, sphygmomanometers, barometers, float valves, mercury switches, mercury relays, fluorescent lamps, firearms and even mascara in some countries.

It also has a number of historical uses which have long since been superseded by safer methods, such as for fountains; in bowls, mirrors, and for batteries; in medicines as a diuretic, topical disinfectant and as a laxative, as well as for the treatment of syphilis; and in so-called ‘carroting’, a process in the making of felt hats that often resulted in mercury poisoning for the hatter. This is where Lewis Carroll derived the idea of the ‘Mad Hatter’ in his famous book, Alice’s Adventures in Wonderland.

What should I watch out for?

Despite its many interesting properties and usages, mercury is nonetheless an extremely dangerous element. It is highly toxic and must be handled with the utmost care. In the case of spillage, specific and strict procedures must be in place to ensure that people are not unduly exposed. For instance, smaller droplets must be merged into a larger whole before any attempt at removal. Brooms, vacuum cleaners and other suction devices are likely to cause further dispersal of the mercury, and therefore should not be used in any circumstances.

Mercury can also be inhaled and absorbed through the skin, so any situation in which the element is heated must be handled with sufficient ventilation in order to minimize risk of exposure. Organic compounds of mercury, such as dimethylmercury and methylmercury, are highly toxic and can cause chronic and acute poisoning.

What are the symptoms of exposure?

Long-term exposure to Mercury can cause kidney and brain damage in adults.

How can I check for exposure?

Healthscreen UK can help you check for mercury exposure through a process known as biological monitoring. This is a way of assessing chemical exposure by taking an appropriate sample and breaking down its constituent parts.

Biological monitoring is particularly affective in situations whereby chemical exposure is likely to occur, especially when current controls rely heavily upon the use of personal protective equipment (PPE) like gloves and masks.

It’s a particularly useful method in checking as to whether control measures are working, work practices are protecting as intended and whether training is sufficiently understood and measures carried out.