Leave us a review
Email Us: admin@healthscreenuk.co.uk
Contact Us: 01455 243700
Testimonials

CEO Samantha Bennett has reached the finals for the Business Woman of Year awards. 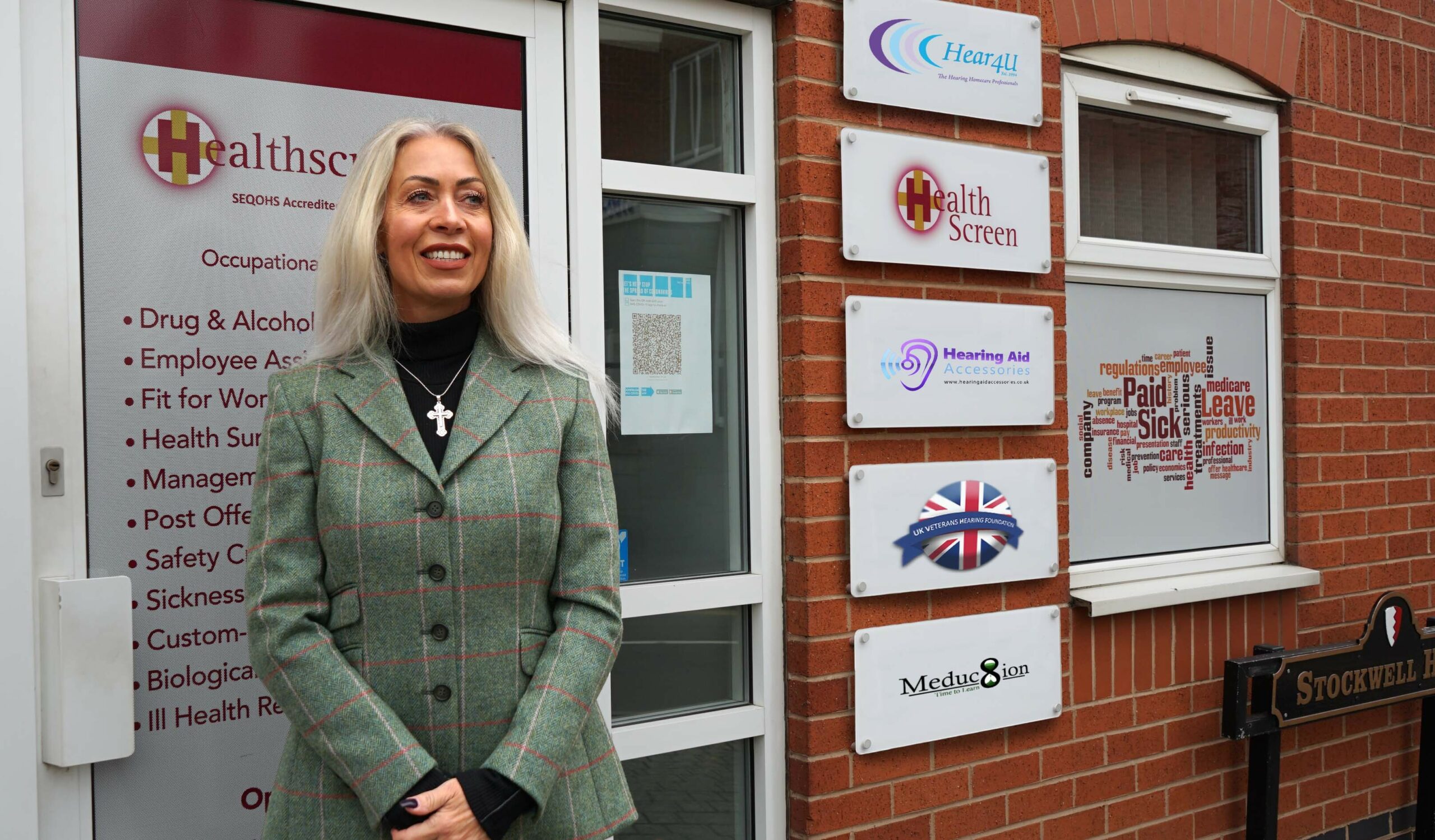 Samantha Bennett, CEO of Healthscreen UK, has reached the finals of this year’s Business Woman of the Year Awards. Healthscreen UK is part of the umbrella company, Hear4U and Healthscreen Ltd which is made up of six business divisions.

The company name is made up of Healthscreen UK, and Hear4U, a hearing clinic with three locations in Hinckley, Leicester, and Rothwell. Under it, there is also Meduc8ion, a training provider for healthcare courses, the Earwax Removal Specialists, a free service for the general population which helps them pair with the most convenient earwax removal providers in their area, and a charity for UK veterans.

Coming from a working-class background, it was Samantha’s ability to build an empire of businesses from the ground-up which awarded her the nomination for the Business Woman of the Year Awards, and a place in the finals this upcoming September. “I am delighted to be a finalist so that I can showcase my support for the empowerment of women in business, but also to promote to all genders that with a vision, hard work and determination, success is there for the taking for all those who aspire to achieve it”, Samantha comments.

Samantha comes from a background in audiology and has spent the best part of twenty-five years assisting and advising those with hearing loss. Hearing loss is something that resonates closely with Samantha, given that her husband has been hard of hearing for over thirty years, and this has informed her entire career. She established Hear4U & Healthscreen Ltd back in 2009 and has since stopped dispensing to focus on expanding her business.

She appeared for an interview with BBC Leicester on Sunday to discuss her place in the final, with the ceremony for the Business Woman of the Year Awards taking place on Friday 30th September 2022. The interview can be viewed here but will only be available for 28 days.

We would all like to wish her the best of luck in the finals!